Aha video app Originals- Nowadays is the time of online. Today, almost all online movies are released on the OTT platform. Many such OTT platforms have been introduced in the market in each of their languages. But today we will know about Telugu language OTT app AHA.

What is Aha video app originals

This is the OTT platform of telugu or tamil language. It has its own online platform of entire South Indian where web series and movies are released. This app is made by a Hyderabad based company. Well this is for those of you who understand Tamil and Telugu languages.aha video contents are movies, originals web series, shows.

What is full features of aha video original app

The most special feature of this app aha is that when you plan it. Then you will not show any ads while watching the video. Because the remaining ott ads show more.

You can download any content offline in Aha app and watch it anytime. Taking its plan, you can also run it in multi devices available on devices, including mobile, tablet, web, Smart TV and streaming devices.

Now the question comes that people like to watch South’s films. He can watch online movies for free from this aha app. In this app, English subtitle has also been given for every content. Those who do not know Telugu will be able to go to the settings and see English.

How to download aha video original app in pc

Downloading aha app is very easy. For this, you can directly go to its official site www.aha.video to see the content in pc.

To download in mobile, you will have to search on Google Play Store by writing aha video. Then download it. After that you can login with your mobile number or Gmail id and then enjoy Aha video app Originals web series, movies.

Who is AHA app Owner / founder ?

Where is aha video headquarters?

What is Aha video app release or launch date? 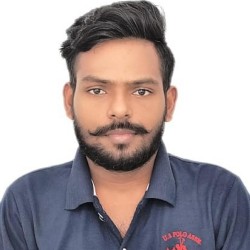